Benromach was founded in 1898 and today is the smallest working distillery in Speyside, employing just two people to make its whisky - current output is just 200,000 litres per year. The distillery is owned by independent bottler Gordon & MacPhail, which bought it in 1993, 10 years after it had been mothballed by previous owner United Distillers (later to become Diageo). 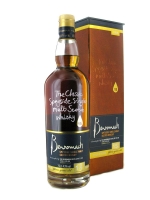 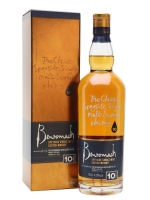