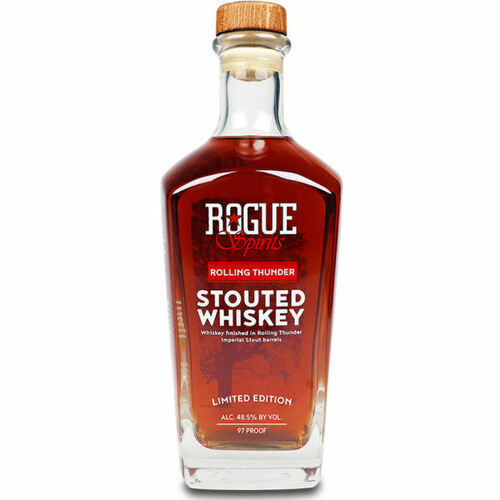 The availability of this product is limited and subject to change.

Rolling Thunder Stouted Whiskey is a first of its kind. Its made with barley grown on Rogue Farms and distilled from a wash that began as Dead Guy Ale, brewed right next to the distillery in Newport, Ore. It was first aged one year in new Oregon Oak (Quercus garryana) barrels crafted at our Rolling Thunder Barrel Works before aging two more years in barrels that had previously aged Rolling Thunder Imperial Stout. Rogue grains, beer, whiskey, barrels and the magic of Newports marine climate make this American Single Malt as unique as the hands that crafted it.