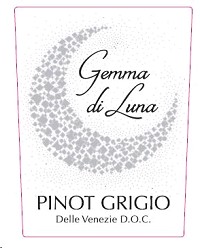 Producer Farmers of Wine is a new project conceived by Enoitalia, a leading Italian wine producer, to tell the story of those people who continue to perpetuate the tradition of authentic Italian viticulture in the modern world. The project celebrates the lifelong work of genuine Italian farmers of wine, such as Desiderio, Domenico and Salvatore, and the vineyards of Puglia to ensure that these extraordinary individuals, the techniques they employ and the wines they make do not disappear from the global marketplace. To these farmers, vine is their life. Viticulture is not only a passion, it represents their past, their present, their future, the future of their children and the future of generations yet to come. The stories of the farmers of wine are told by their hands as they nurture their vines using the traditional methods that have been handed down from generation to generation. Their pride in being farmers is reflected in their respect for their land, the product they produce and the values they grew up with; they do not deny the past, but rather embrace and pay homage to it. Their approach to winegrowing and winemaking utilizes time-honored techniques developed long before certifications (e. g. organic, etc. ) or appellations (DOC and DOCG) even existed. The Italian wine classification system, known as DOC (Denominazione di Origine Controllata or Controlled Designation of Origin) and DOCG (Denominazione di Origine Controllata e Garantita or Controlled Designation of Origin Guaranteed), is based on the ancient Roman concept of “genius loci”, which means local identify. Unfortunately the system has not always been effectively enforced, for example while quality standards have been communicated, strict inspections have been lacking. Within each DOC designation non-indigenous non-Italian varietals have been admitted, such as Merlot and Chardonnay, which has resulted in the annihilation of local varietals and subsequently the local identity. This has not happened in the rigorously enforced French AOC system, where Italian varietals are non-existent within their appellations. Since inception, number of DOC designations has almost double to over 400 in total creating and this, along with the former, has resulted in some of the best Italian producers to abandon DOCG designations over the last decade. The Farmers of Wine project is focused on preserving the original winemaking heritage in Puglia, a wine making region in southern Italy rich in agricultural history and culture. We have carefully selected a group of Puglian farmers who have made local winegrowing traditions their life, and provide tools and support to help preserve the methods they employ, such as the alberello, or small tree, vine training system typical of the area. This method has been used for thousands of years and is rapidly disappearing. Enoitalia, as one of the largest wine companies in Italy, is able to leverage its relationships, partnerships and economies of scale to ensure these farmers receive fair compensation and deliver the highest quality possible at a cost that may otherwise be impossible for these smaller producers to achieve. Farmers of Wine embodies the passion and lifelong work of some of the most authentic farmers in Italy, celebrates a long history of farming traditions, and ensures the preservation of local identify and culture so it can be passed on to future generations of Italian farmers still to come.