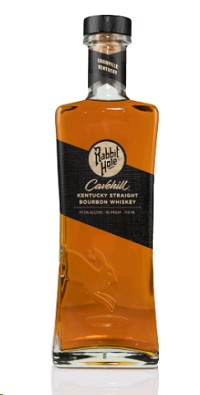 Bourbon is an act of faith. The barrel builds a strong foundation of vanilla and wood. Atop that, we bet on an unorthodox, four-grain mash promising spice and honey and a fresh apple breeze. When we first poked the thief into the darkness of the barrel, our faith was rewarded: a whiskey of remarkable maturity and self-possession, with spice on the front and custard in the finish.

Producer
As with all good stories, this one starts with a girl. I met Heather while living in Chicago. She introduced me to Bourbon, luring me away from my beloved Scotch. I fell in love with her and Bourbon at the same time, and for much the same reason: charm, beauty, elegance. She pulled me down a rabbit hole I might never have dared alone, to the countryside of Kentucky, the progressive vibrancy of Louisville, and, inevitably, to Bourbon.

Bourbon was a revelation. Neglected for decades, undergoing a Renaissance of both quality and vision. The product of Kentucky's corn and pure, iron-free water; aged by the region's hot Summers and cold Winters in barrels hewn from native oak; Bourbon reclaimed its birthright: American to its core, genuinely ours, unlike anything else in the world. I had to be part of it.

There may be no better place to shape a new whiskey than Louisville. World-class expertise can be found down every street. When I said Rabbit Hole would build on tradition to create something proudly modern, it captured the imaginations of some of Bourbon's best. They took their amazing understanding of what whiskey is and helped us imagine what whiskey could be. They dove into the unknown with me and did not look back. Vendome Copper & Brass Works makes the best stills in the world. Only a few blocks from our distillery, they're custom-building a 24-inch copper column still just for us. It will take center-position at our operation, a point of pride for us, and for the craftsmen who built it.

Kentucky's weather challenges a barrel. The hot Summers push the liquid into the wood and the frosty Winters draw it back out. Every round trip adds color, flavor, aromatic depth. It takes a strong barrel to make a good whiskey, and ours are the best. They're crafted by Kelvin Cooperage, with its roots in Scotland and its heart in Kentucky's Bourbon Renaissance. Purists say great whiskey should be sipped on its own. Maybe a splash of branch or a hunk of perfectly clear ice, if so inclined. We think whiskey deserves more than a center-stage monologue; it does wonders when paired with fresh ingredients and other fine spirits. We've partnered with Proprietors LLC, a team with storied reputation in hospitality who literally wrote the book on craft cocktails (Death & Company: Modern Classic Cocktails). Together, we're creating a bar and restaurant befitting not just our love of great whiskey, but celebrating its rightful place in the world of creative, modern mixology. Never, though, forgetting its rich past. Neat, on the rocks, in a cocktail - we love em all.